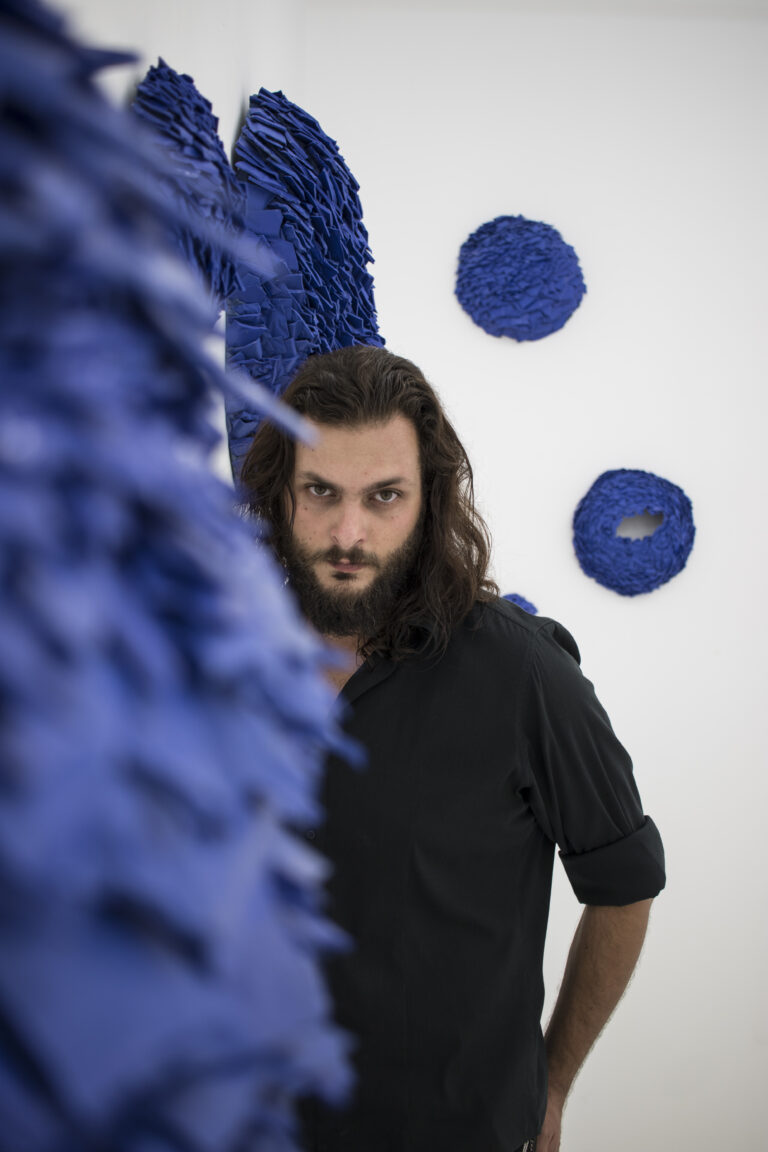 After graduating from high school, he enrolled in the Facoltà di Beni Culturali, choosing, after two years, to attend the Accademia di Belle Arti in Foggia, where he trained. While studying, he joined various exhibitions and competitions. In 2014, he won the under 25 category of the Premio Nocivelli, and in 2015 he had his first solo exhibition in Rome at Galleria 28 Piazza di Pietra. He was nominated for the Premio Catel, the Premio GAeM, the Fondazione Museo Pino Pascali’s Progetto SAC- Mari tra le mura, and in 2016 won third place in the Premio Ghidoni. In 2017, he was among the finalists in the PNA in Urbino. In 2018 he was finalist at PNA in Palermo and exposed in Il Cassero per la Scultura Italiana museum, with a double solo exhibition entitled Denis Brocchini e Antonio delli Carri: 1 personale X2.

His works clearly reveal the mysterious vestiges of his region, rich in history, which is rooted onto Daunian art; recent events, such as the two bombing raids on Foggia soil during World War II, and in the native tradition, interpreted by one of the masters of the second half of the 20th century, Pino Pascali, in whose tradition delli Carri inserts himself with the use of frangments which could be mosasically irregular or regular, the dimensions that increase and decrease, give unexpectedly rise to an interplay of light and shade. The interchangeable colours and dynamic tactile power are enlivened by delli Carri’s plastic fantasy, becoming an evolution matter in which there is a reference to nature, the sea view, its sound, and its flavours. These are sculptures in which the artist, through subtle semantic play, narrates shreds of universal and personal history enveloping the viewer synaesthetically in an open conversation.